On the Heels of a Second Impeachment Trial: The Trump effect still lingers 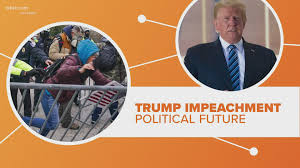 The Donald Trump Presidency has tested us all in ways big and small I don’t think any of us foresaw. His Presidency laid bare what many of us value, in regards to who we value, what we value, and what we are willing to accept in others.

I personally have always found myself somewhat more curious to speak and debate with the Trump supporters in my life, than those that backed Joe Biden or any other Democratic candidate. My ratio of Biden to Trump supporters, is more than likely substantial, but not as big as people would expect or as others experience. That and I actually seek to speak to Trump voters/supporters as I want to learn why they support him in particular, or think the way they do. 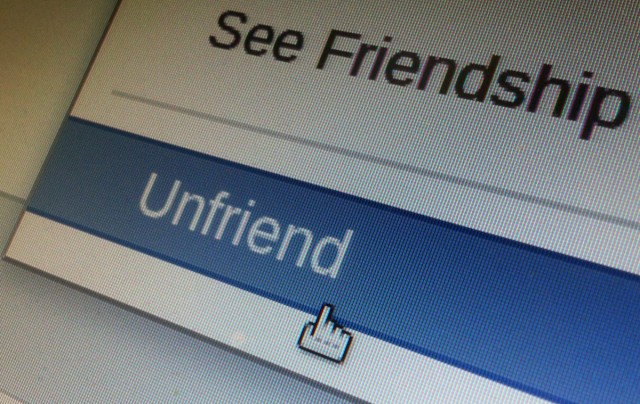 In 2016, I lost a number of FB friends (some of whom I personally knew fairly well) who were on the Trump train, many of whom unfriended me, or I unfriended them (probably not as high as other people though). As time went on, the Trump phenomenon provided Trump fatigue. One of my best friends from college always seemed to be backing Trump at every turn, and I would often get into heated arguments with him about it. Yet, he was always one of my best friends. And the funny thing with him, now that Trump lost, it’s as if the Trump virus has no longer infected my friend. In fact he told me how he was so happy with the  (2)“GameStop redditors”  as he’s no fan of hedge funds and that he bought GameStop stock himself to show his support for these (3) Redditors! This Donald Trump supporter I find the most quizzical as my buddy for the most part is more of a liberal leaning libertarian isolationist type of a guy. He can’t stand foreign entanglements America is alway involved in, and he liked the fact that Trump was someone who was so averse to war (4- this is in fact is well documented and factually true!). 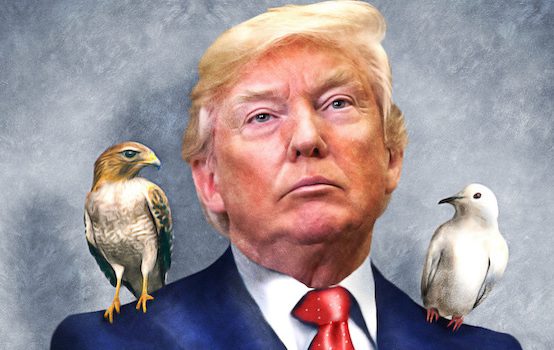 My friend also told me that he stayed home and didn’t vote this time, as his wife was going to divorce him if he voted for Trump in 2020. This scared him enough to not even tempt fate and show up at the polls and pull the wrong lever. He also proceeded to tell me in December that (6) he hoped that the Georgia Senate races would go “Blue” as he thought it would be better for the country than “divided government”. While this friend many people scratch their heads at…he’s actually one of my success stories on the Trumper that once was, as it seems as if the “Trump Virus” has worked its way through him, and now we can get back to just talking about Alien invasions/encounters, (7) UFO sightings and people that think it’s (8) practical to take their cats on walks like they are dogs LOL.

Two relatives of mine that I have always been fairly close with, are somewhat dyed-in the wool Trumpers (or at the very least dyed in the wool Republicans). But, I tend to think it might be for different reasons. One of whom, while he seems to have really liked Trump, actually has interests outside of mainstream politics, kind of like my alien-loving friend, and we can discuss a wide range of topics like more interesting conspiratorial minded types of events. This is the relative that comes over my home, and instead of turning on the news and arguing whether we should watch Fox News or MSNBC or even CNN, we compromise and end up (9) watching a Joe Rogan interview. 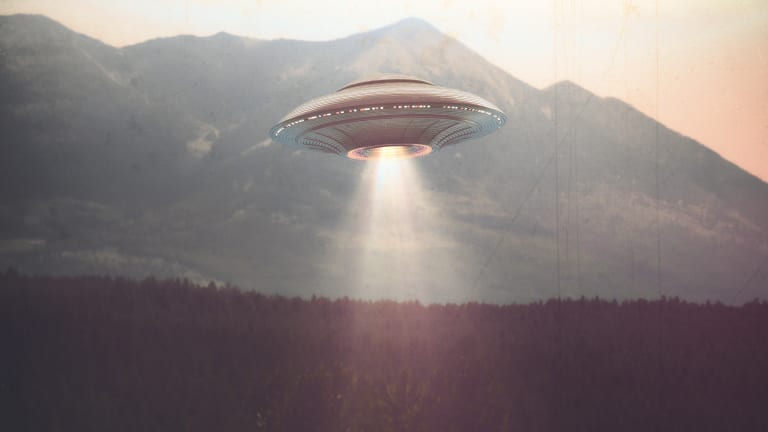 There’s my other relative, who despite his best intentions, will continuously bark up the wrong tree convinced at his own wisdom and belief he can persuade me into actually believing that there was voter fraud or somehow absentee ballots were unconstitutional that we both further dig in our heels and say some hurtful things to each other.  This one is a bit of a painful pill to swallow, and while I thought (11) January 20th would be the dawning of a new day where we could turn the page, the (12) January 6th Capitol Riots happened, and the memory of that is so embedded in me that, I can’t help but think/wonder that if given the opportunity, would this relative of mine have actually been one of the rioters??

The story of this relative of mine and I, reminds me of stories I read about Civil War Soldiers coming home and taking a break from the War for Thanksgiving dinner to their mom’s house in a border State like Maryland. For those of us who know a State like Maryland, we know that this is where the Mason-Dixon line is and (13) one brother fought for the Union and the other fought for the Confederacy. We all know how that War ended, but sadly sometimes I think some people don’t want to let that one go, and the Capitol Riots reminds one all too well of things like that.  He’s still family, I still love him, and I assume if he knew he was being referenced in this post, he might resent it on some level. I get it. 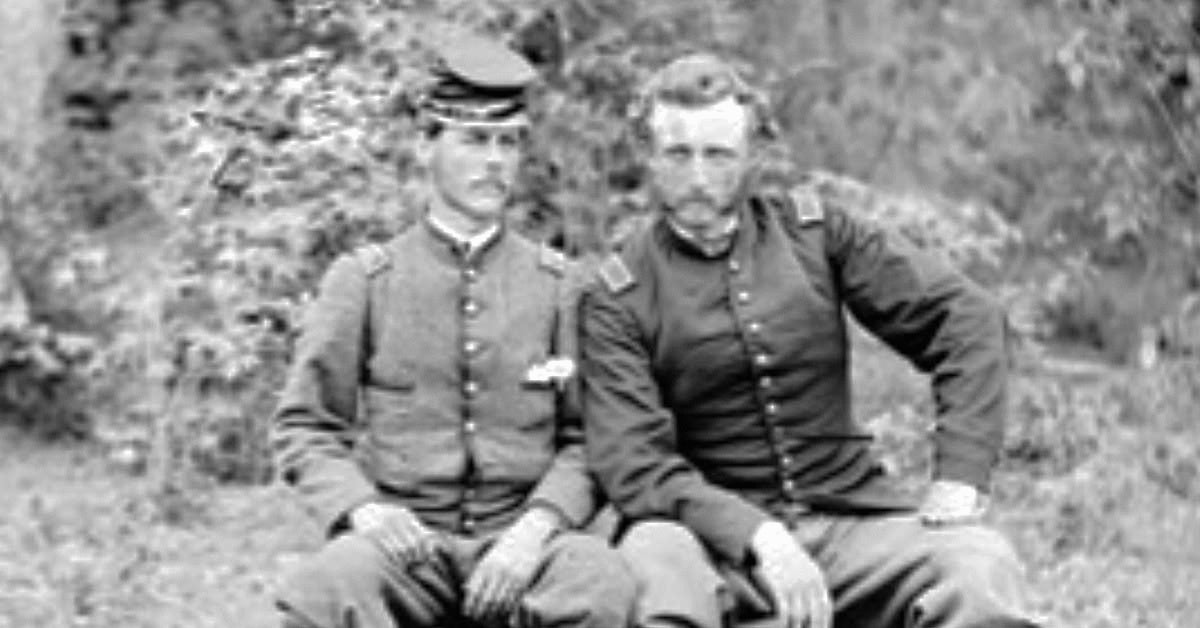 I have had friends from college make a hard right turn. When before they loved the debate, they now, hem and haw about their ultimate lack of trust in the voting systems at play that Trump was within his rights to (15) drag out this voter fight…for 2 months! Another friend from college who actually thinks in some ways that Republicans are actually good-faith negotiators, and is all for stripping away Democrats most liberal members power, in exchange for stripping the power of a (16) prominent QAnon member and (17) out in the open anti-semite Republican Congresswoman Greene from Georgia. Meanwhile this friend of mine was the biggest (18) Democratic-Socialist I knew on the college campus. Bernie Sanders emerged out of my friend’s ideology….yet somehow he drifted away from a spirited love of protecting the under-dog to being bogged down by the grievance politics that he feels has overtaken our Country.  Another friend who gave me a distinction between a “Trump-Voter” and a “Trump-Supporter” which seems like his very generous way of telling me that he will never let personal politics get in the way of our friendship, nor will he ever try to convince me why he votes the way he does nor judge me for voting the way I do, but he will still continue to march to the beat of his own drum. 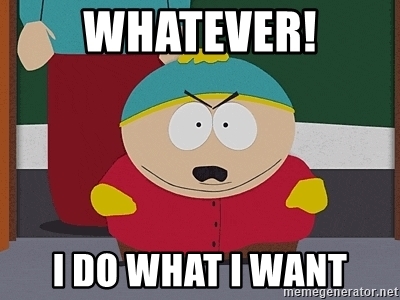 Interestingly one friend I struck up a conversation with who I hadn’t talked to forever, is emblematic of the few elected Republicans left who actually have a conscience. He is someone that if he were in Congress would in fact vote to Impeach Trump. Literally (20) only 10 of them in The Republican Caucus out of a (21) membership of 210 people voted to impeach Trump. And then (22) only 5 out of 50 people among Senate Republicans, said that you can still impeach a former President if the reason is compelling enough! Those are such small numbers, but I so appreciate friends of a different political persuasion that still have a sense of moral uprightness and just genuine intellectual honesty. As I have spoken to others that tell me that if they were a Congressman they would just vote based on the will of their constituents, ultimately horrified by Trump, but too willingly disdainful and or too cynical to actually believe in the goodness of politics, unless it serves their own personal interests. 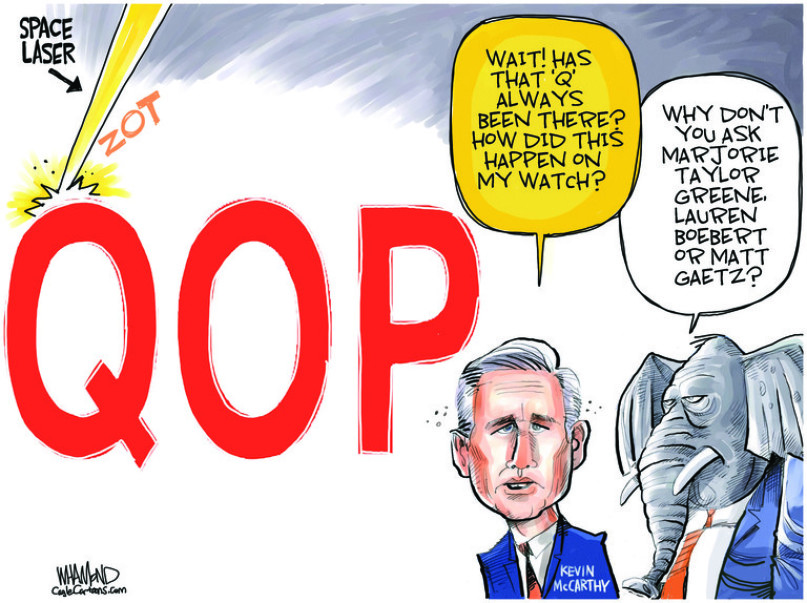 I have other friends who are African American, who are actually quite conservative. Many are of an entrepreneurial spirit, and they like that Trump just never gave (24) AF! They argue (and sometimes not wrongly) that Democrats take advantage of the Black vote, and they think it’s all BS anyhow. Some of these friends, when you actually scratch a little bit more below the surface, you realize some of their concerns around some very chore conservative/family values issues. The African American community is a more diverse body-politic than it gets credit for. I have sought to continue to educate myself on matters of our African American History as it is central to our US History, and have come across (25) interesting videos and documentaries that some might find objectionable but are still interesting, and offer contrasting points of view, nonetheless.

In the end, (26) “The Trump Show ” turned out more people to vote for him, who typically never would vote at all. And some friends tell me they are amazed that the “cult like following” Trump had did not put him over the top. I wonder if these friends of mine are aware of how big this country actually is, and how motivated “SO MANY” people actually were to topple a Trump Presidency.

If nothing else, the numbers do indicate that Biden’s handling of the Coronavirus Pandemic has made even some of the most hardened Republicans, optimistic about our ability to beat back this Plague. Of course, under a Trump watch at some point we’d work our way through this virus, but I’m happy to have a (27) Commander in Chief that actually has a national plan, instead of having (28) Governors compete for all kinds of resources, price gouging each other to death. 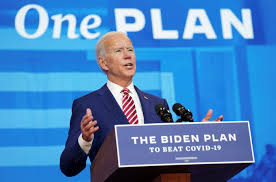 The Trump Presidency without question was a stain on our country. It happened, I know some people want to move on past it, and likely the Senate will not do anything in regards to conviction and or consequently preventing Trump from running for federal office again, but that process is ABSOLUTELY NECESSARY! I can’t force Senators to put the country first. And (29) old lonely white guys like Lindsey Graham can argue all he wants for why this is politically divisive, but (30) history has shown us countless times, if we don’t purge the evil out of our politics it will come back to bite us! And bite us hard! So try we must!!!

On a more positive note, I do feel better about the direction of America today then I felt in October or during the tense months of Trump’s lame-duck term, which manifested in a domestic act of terrorism on January 6th. I’m glad we do still have some Republicans that put Country first, I just wish there were more of them (substantially more of them).

Thank you for taking the time to read this, and

If you are enjoying these posts and you are continuing to read them, then please subscribe to this blog, all you have to do is hit the “Follow” link, and you can follow me/subscribed to this!

Also if you enjoyed this piece, you might enjoy some of my other pieces located on the top of my blog page under (A) Politics/Government. Here’s a piece you might enjoy that I just wrote last Summer (August 2020) https://joshoffthepress.com/2020/08/14/how-i-can-simultaneously-still-be-a-democrat-and-vote-for-the-biden-harris-ticket-for-president-while-criticizing-them-too/

SOURCES: (Cited in order of appearance)

8. “4 tips to get your cat to go on a walk with you” https://www.youtube.com/watch?v=CAr-JfVuiU

About: Joshua Pressman Jacobs, aka -Josh Off The Press; A life explorer, adventurer and lover of life. This site is an expression of my "WHY". Topics on this page range from politics, to sports, to popular culture, as well as personal and inspirational stories. Please follow/subscribe & share! https://joshoffthepress.com/ joshoffthepress@gmail.com https://twitter.com/JoshuaPJacobs
View all posts by JoshoffthePress »
« Monday “FUN-DAY” Quarterback: How many NFL QBs have started in “multiple” Super Bowls?
“THE ALMOST NBA CHAMPIONS” »