<Disclaimer if you enjoy the content you are about to read please “FOLLOW/SUBSCRIBE”. Also, please share this with your family/friends and be sure to visit my home page and/or other categories for more excellent content>

I recently re-released my book review of Peter Richmond’s Biography on Phil Jackson “Lord of the Rings”.

The review captured Jackson’s career from his playing days all the way through his Coaching Career up until 2011. Richmond speculated what was next for Jackson, even hinting at a Knicks reunion, but man – I don’t think he nor anybody else for that matter could have predicted the “Dumpster Fire” that *Phil Jackson has helped oversee in NY.  Under Jackson’s stewardship of the Knicks, they are on pace to miss the playoffs for the 4th straight year (the first of which he can’t be held accountable for since he arrived on the scene so late). There have been plenty of mistakes to go around, here, and this piece is going to explore some of them.

*Phil Jackson is the President of Basketball Operations for the NY Knicks and has been since March 18th, 2014.  As of this publication, The Knicks are currently 22-33 in the 2016-2017 Season.

For the record – I am not doing the mistakes strictly chronologically.  They are lumped together based on relevance.  If for some reason some of these mistakes listed don’t seem to fit, feel free to write in the comments section and let me know what you’d do differently. All feedback is welcome!

James Dolan is the CEO of Cablevision and the Executive Chairman of The Madison Square Garden Company IE the Owner of the Knicks and the Rangers in Hockey. While most Americans don’t care enough about Hockey, that team has been saved from the stink of Dolan, but not the Knicks. Now Jackson has the stink over himself, too.

A Brief history of James Dolan’s Tenure as the Owner of the Knicks:

James Dolan has ostensibly been the CEO of the Knicks since 1999, coming at a time when the team was still really good and really relevant. The team was coached by Pat Riley disciple – Jeff Van Gundy, and in those first three Seasons (1999-2001) that Dolan was Owner and Van Gundy was Coach, the team went 125-89 and made the playoffs all 3 years winning 5 series and making the finals once. (*1999 was only a 50 game season due to the Owners’ Lockout). In the almost 16 ( VERY LOOONG) Seasons since Van Gundy left the Knicks early on in the 2001-02 Season, the Knicks to date have gone a collective 520-750, and are on pace to miss the playoffs for the 12th time in the past 16 Seasons. Oh and for the record, Knicks have only won 1 playoff Series since the 1999-2000 Season. http://www.landofbasketball.com/teams/records_new_york_knicks.htm.

Aside from the horrible record, and given Dolan’s targeting of Charles Oakley* (to put it incredibly kindly), James Dolan has a reputation for being somewhat hostile to the media, as well as those that work for him and with him; Unless he loves you (for example Isiah Thomas^) or holds you in high regard (for example Phil Jackson). Either way, this first mistake Jackson made, maybe wasn’t such a mistake after-all. I mean he was given this $60 million 5 year contract, with the freedom to treat this job like it was part-time, which based on the results, seems like he has. There is a possibility Phil is gone after this Season since there is an opt-out after his 3rd year, by one or both parties. We shall see.

^For more on James Dolan and his special relationship with Isiah Thomas and the over-all dysfunction surrounding this organization, Google: James Dolan, Isiah Thomas Sexual Assault Case. To make it easier I’ll give you a jump start with a link to an illuminating article on the whole matter, right here.  http://www.nytimes.com/2007/10/02/sports/basketball/03garden-cnd.html .

*If you want more current news with how great of a guy “JAMES DOLAN ISN’T” just take a look at how Dolan has treated one of the most beloved Knicks ever. http://www.nydailynews.com/sports/basketball/knicks/timeline-charles-oakley-james-dolan-feud-article-1.2968878 .  From an outsider’s perspective, one that knows very little about the history of the Knicks Dolan looks like he racially profiled Charles Oakley at the Knicks game at the Garden on Wednesday 02/08/2017.  And even people in the know, could make a very convincing case that Dolan’s handling of Oakley comes off as racist.

Well, he hired Fisher as the Coach, literally having Derek retire from playing sooner than he probably planned, and then fired Fisher half-way through his second season. I mean, Fisher was…well, I suggest you just google Derek Fisher and Matt Barnes if you don’t already know about all the drama. But, maybe this plays into Mistake #1, since Phil seemed to have a decent shot at hiring Steve Kerr as the Coach, until Dolan seemed to mettle in the affairs there. http://bleacherreport.com/articles/2067962-report-james-dolan-sabotaged-phil-jackson-hiring-steve-kerr.

As we all now, know, Kerr is a Championship winning Coach on pace to bringing his current team (The Golden State Warriors) to a third straight finals. And he’s also an amazing interview! http://ftw.usatoday.com/2017/01/steve-kerr-trump-immigration-ban-news-golden-state.

*A “No Trade Clause” is where a player signs a contract and in it is a stipulation that the player will play for the team he signed for, through the duration of his contract, and he will not be traded to any team under any circumstances, unless he asks to and/or he grants permission to be traded to a certain team*.

Before we go further, let us just look back at a handful of the notable/hall of fame players Jackson has coached in the League or that have been closely affiliated with Jackson while he has been a Team Executive.

Michael Jordan – 6 Titles (all with Jackson as the Coach)

Kobe Bryant – 5 Titles (all with Jackson as the Coach)

Shaquille O’Neal – 4 Titles (3 with Jackson as the Coach)

Scottie Pippen – 6 Titles (all with Jackson as the Coach)

Dennis Rodman – 5 Titles (3 with Jackson as the Coach)

Robert Horry – 7 Titles (3 with Jackson as the Coach)

As you can see 6 out of 7 players I just listed all have 4 or more titles in their career.

3 of the players won all their titles with Phil as Coach, 2 of the other ones won the majority of their titles with Phil, 1 of them (who should be in the hall of fame even though he isn’t) won 3 out of 7 of his titles with Phil. 1 of these guys on the list (who still plays in the League), has no titles, as of yet. (Will he ever??).  The question you should be asking if you haven’t already is “WHY?!” as in “Why the heck did Phil Jackson sign Carmelo Anthony to that lucrative contract, and attach a no-trade-clause in it?” Anyhow, hold that thought, we will get back to the title-less player on the list of Jackson’s notables’ again.

Again, why was he so quick to get rid of Chandler and get nothing in return for it?

Phil Jackson’s Fifth Mistake: Giving Away JR Smith and Iman Shumpert for nothing

I still don’t understand this. (Including the 4th mistake) Phil Jackson, essentially gave away 3/5ths of the Knicks starting lineup, FOR WHAT?!

This really is coming back to bite Jackson in the butt, Hence why I have listed this mistake twice!  Jackson and Melo are feuding, and I find Melo a *ball and chain* causing Jackson to drown. Phil Jackson, the man who has 11 Championships as a Coach, is now closely affiliated with Carmelo Anthony, a man who has 3 playoff series wins in his whole 14 year career in the NBA. Read that again 3 Playoffs Series Victories IN HIS WHOLE CAREER!!!! And that is the player that deserves a “No Trade” Clause??? HUH!?  This is now a race to the bottom. Melo’s Agent is trying to make him look more desirable, and there is a major PR Campaign being waged where even Spike Lee is weighing in saying he wants Jackson out! 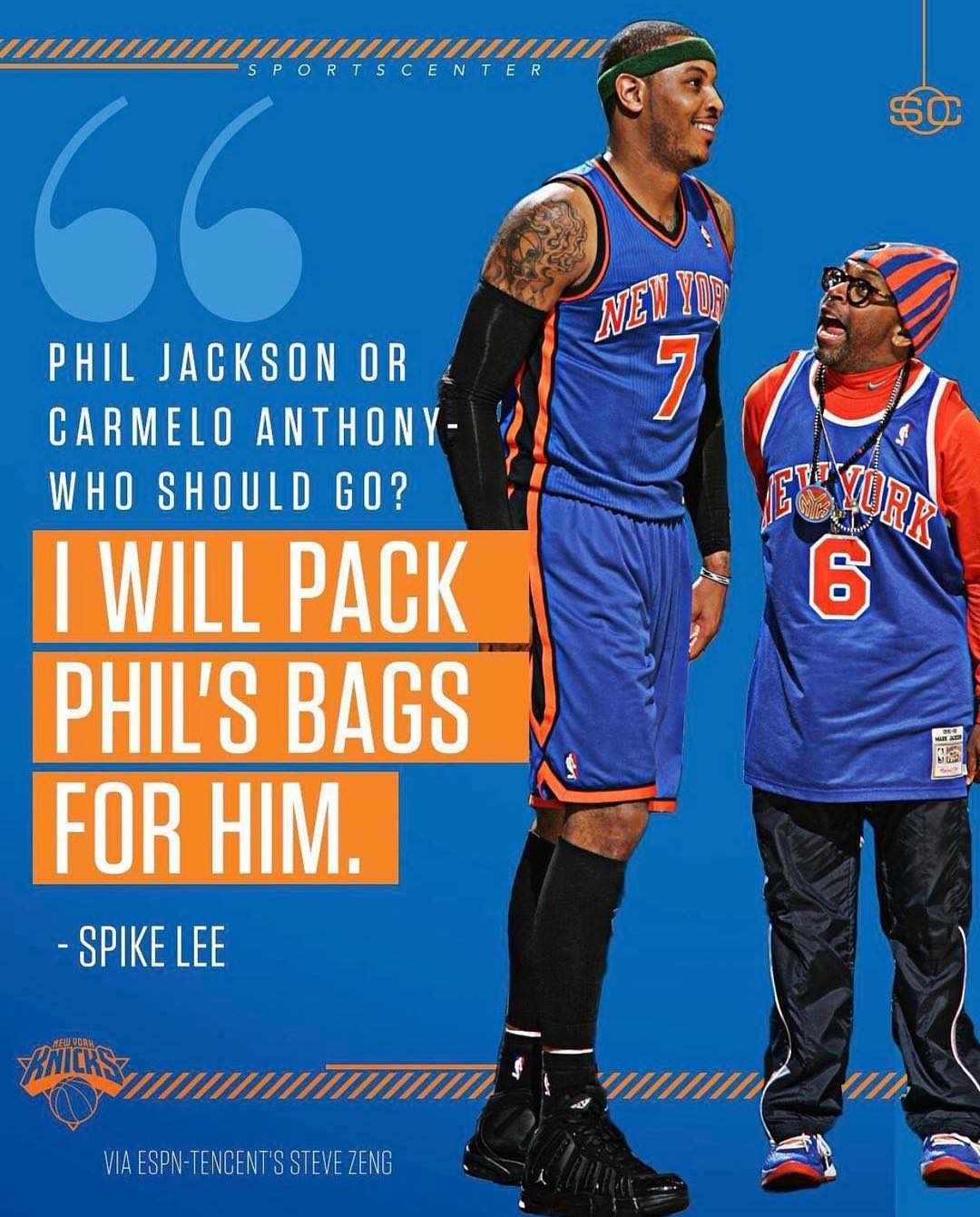 *I know the Knicks just beat the Spurs (the team with the 2nd best record in the league to date) and as of this publication Melo is now #25 on the all-time scorers list in NBA history, still doesn’t take away from my sentiments*.

This is a very frustrating team to watch. You’d think the pieces would fit better. Jeff Hornacek seems like a competent Coach. Derrick Rose shows occasional flashes of brilliance on the court, and Kristof Porzingis!!! Thank goodness for this young talented player, one can only pray that he stays healthy and has a long prosperous career (on the Knicks of course!) and that he doesn’t get too screwed up by this current state of dysfunction on the team.  Bottom line is, after having an A+ Coaching Career, Jackson gets a D+ as an Executive. I’m being extra generous with him, since he did draft Kristaps Porzingis with the 4th pick in the 2015 Draft, and he has managed to entertain fans with his tweets and his over-all Zen like Zany ways. However, I should probably dock Jackson for his Micro-Aggressions against LeBron James.

Not because it’s LeBron James, but because it’s messed up in general for Jackson to talk like that and it comes off as racist and out of touch. Like, where heck are you Phil!? You have been Coaching young African American Men for a long time, and you say some crazy *ish like that?! (SMH).

Also, the fact that Jackson kind of lucked out on Porzingis picking him 4th in the 2015 NBA Draft. I mean, if the Knicks had the 2nd or 3rd pick, they probably would have picked the wrong player, considering everyone “NOW” knows Porzingis is the 2nd best player to come out of that draft class. But, nobody knew this at the time! You need some dumb-luck in these things. If I’m going to dump on Phil for his mistakes, I got to at least give him credit for getting some things right, regardless of the circumstances.  As for whether Phil Jackson can improve upon his grade, I really don’t know. I haven’t come across too many optimists either, when it comes to Phil and his current position. It’s been tough being a Knicks fan, but hopefully one day (in the not too crazy distant future) it will all be worth it! 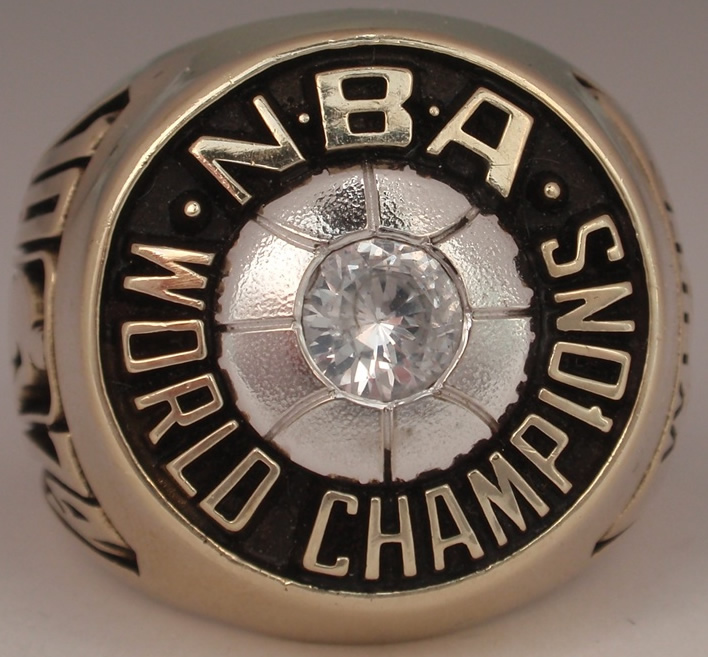 If you are enjoying these posts and you are continuing to read them, then please subscribe to this blog – all you have to do is hit the “Follow” link, and you can follow me/subscribed to this!

PS – You can also look up other pieces (by yours truly) sports and basketball related here – https://joshoffthepress.com/category/b-sports/

About: Joshua Pressman Jacobs, aka -Josh Off The Press; A life explorer, adventurer and lover of life. This site is an expression of my "WHY". Topics on this page range from politics, to sports, to popular culture, as well as personal and inspirational stories. Please follow/subscribe & share! https://joshoffthepress.com/ joshoffthepress@gmail.com https://twitter.com/JoshuaPJacobs
View all posts by JoshoffthePress »
« Personal Review of Peter Richmond’s Biography on “Phil Jackson: Lord of The Rings” (originally published 02/09/2014) +NBA Talk+
Encyclopedia of the Podcasts I have Listened to »