Dear Mr. President”…My Letter to President Trump on his first day in Office!

“Some people say give Donald J. Trump a chance!” 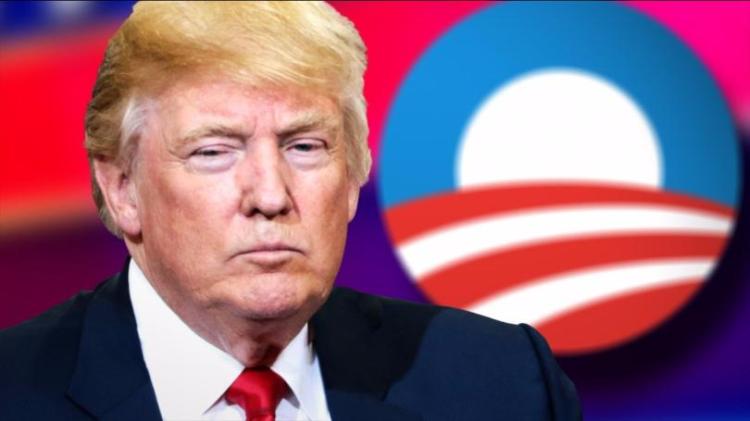 I say to you Mr. President, that if you undo President Obama’s signature domestic legislative achievement, and not have something significantly better for Americans in regards to Health Care for all, than all you will be is the poster-child for White Supremacy for generations to come.  In a country already founded on White Male-Supremacy, where you so desperately wanted to be President you might very well go along with undoing President Obama’s accomplishments because the good-ole boys network you now represent doesn’t like the fact that not only has a Democratic President actually done right by our country, but a Black President did!  Most Americans (as in over 50% of them) already don’t think particularly highly of you, hence how you did not even come close to winning the popular vote.

Mr. President Trump, the bar is set so low for you right now, that the only way people will say you weren’t a total and complete screw-up is if you actually somehow manage not to make poor people poorer and the same number of people have the same amount of health coverage after four years that they have today.  You might even be considered somewhat successful if significantly more people have health coverage and poor people are less poor. That and fewer black and brown people are in prison, and more people have access to vote.  Oh and you remove Jeff Sessions from consideration for Attorney General.  In fact, you might have to remove most of your whole potential cabinet from consideration for you clear this bar.

Yes, the bar is set low so that if you actually get a C on your report Card it might feel like an A. When President Obama got an A it was a B and a B for him was a C, and a C was an F. Thus the standard in which we hold our first Black President to. For you, being the next white guy to occupy “The White House”, there isn’t nearly as much pressure on you, yet a myopic expectation that you will fail.

God I hope you do succeed! I do not want you to fail!

Mr. President, I’m betting on you to succeed, because betting against you is betting against America, and I love my country too much to let that happen. Hence why I will protest and advocate and be the best activist I can be to make sure this thing doesn’t blow up, and that somehow we all get through this in one piece. I will pray for you as well, Mr. President. As your success is the country’s success, and your failure is the country’s failure. For better and worse, we are in this together. Even though I’m terrified you still have no clue what you got yourself into. I guess no better training than on the job training. Too bad it’s at our expense.

But, in all seriousness good luck Mr. President! Please find the strength and wisdom to do what’s right for most Americans and not what’s best for you and your already very rich friends.

PS – For the sake of brevity and for not wanting to come off as so pessimistic about you, I left out the parts of how you already have looked terrible in your Transition efforts from President-Elect to President. Your first 100 days better be crisper than your last 71, as you have already made a number of your supporters feel very foolish and less optimistic about you. They just don’t want to admit it yet, as four years can feel like an eternity. That and nobody likes eating crap, and admitting they were wrong about you so early in the game!

Hope this letter helps as it comes without ill intent and with sincerity.

From a very concerned U.S. Citizen.

Joshua "Press"man Jacobs (ie - joshoffthepress), a Life Explorer and adventurer and lover of life. This site is an expression of myself, my life, my story and my goals. Topics on this page are wide-ranging dealing with personal love and loss, politics, sports as well as personal and professional training and development. In fact, if there is a topic you'd like for me to explore, then please do let me know. As this is all still relatively new to me, my site is still a work in progress, and the content is coming out on a consistent basis. Be sure to "follow me" (here) on wordpress to keep up! Feel free to email me at --> joshoffthepress@gmail.com or find me on twitter (check page for twitter handle)
View all posts by JoshoffthePress »
« Who are you going to be spending the most time with during the 2017-2018 School Year? (UPDATED FOR STUDENTS/YOUNGER PEOPLE/TEENAGERS)
The 5 Books I have gifted the most »

2 thoughts on “Dear Mr. President”…My Letter to President Trump on his first day in Office!”